The completion of the ambitious lighthouse automation programme came in 1998 with the conversions of Lizard Lighthouse, Nash Point Lighthouse and finally North Foreland Lighthouse on 26 November.

Ending four centuries of service, the last six keepers in Trinity House service were given a warm farewell by the Master HRH The Duke of Edinburgh, and the profession passed for the most part into folklore and history; a number of lighthouse keepers remain in a few countries around the world.

On 26 November the last six Trinity House lighthouse keepers finished their service with a ceremony attended by the Master, HRH The Duke of Edinburgh, to conclude the automation of the lighthouse automation programme. The last keepers were Dave Appleby, Colin Bale, Dermot Cronin, Tony Homewood, Barry Simmons and Tristan Sturley.

On 15 December 1998 a service of thanksgiving for lighthouse keepers and their partners was held at St. Olave's Church in the City of London, followed by a dinner. HRH The Duke of Edinburgh attended and gave a toast of appreciation and Dermot Cronin, the service's senior Principal Keeper, responded. A commemorative medallion was presented to all.

With no more manned lighthouses or lightvessels—the last manned lightvessel was towed to Harwich on 9 June 1989—the far-reaching network of staffed depots around England and Wales was no longer required to facilitate administration, reliefs and supplies; in 2003, the Great Yarmouth supply store closed, followed in 2005 by the depots at Penzance and East Cowes—having been operational since 1868 and 1842 respectively—relocating the Engineering directorate to Harwich. Busy offices and buoy yards remain today at both Harwich and Swansea, with a forward operating base at St Just near Land’s End.

Today, the retired keepers are often keen ambassadors of their erstwhile profession, actively supporting the Association of Lighthouse Keepers or giving talks to local groups, and are welcomed every year to the Christmas buffet at Trinity House in London where they catch up with each other and share their experiences with staff. Some of them are even still living in lighthouse cottages and looking after the station.

We would like to take this opportunity to thank the keepers for their superlative service, which was always such a great credit to our organisation.

As a brief testimonial to what they accomplished in adverse conditions for almost 400 years, BBC commentator Edward Ward was marooned on Bishop Rock Lighthouse for 29 days from 21 December 1946, when heavy seas prevented their scheduled relief; Ward signed off his stretch as a lighthouse keeper with a palpable sense of relief:

“I wore the same shirt for 29 days, and I am fed up of the sight of it. Now I am going home for a bath, a drink, and a change of clothes, and I hope I don’t get another job like that in a hurry… I spent three years as a prisoner-of-war, and would rather go behind barbed wire again than face a further few weeks on that damned rock.” 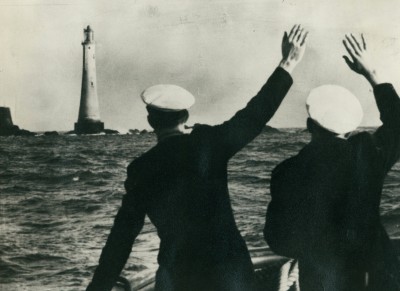 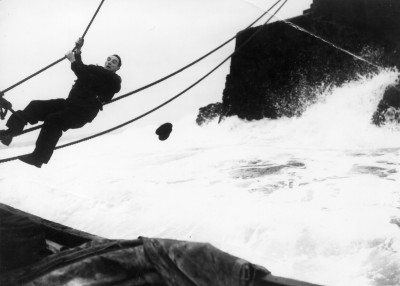 Incorporated by Henry VIII on 20 May 1514, the Corporation of Trinity House of Deptford Strond has a long and storied history in service of the mariner