Edgar retired on 5 May 2019, having joined Trinity House as Events Manager in 1995 and proceeded to establish venue hire at Trinity House and develop the Corporation’s Grade I Listed headquarters as a busy and desirable destination for private events, conferences, seminars, banquets, weddings and more.

Looking back over a 24 year career that has seen enormous changes to a now-competitive events scene in central London, Edgar can cite a great number of highlights, including converting the house into the headquarters of the Austrian team during the 2012 Olympic Games—complete with resident saxophonist and baker—as well as always-welcome royal visits and even feature filming, including The Muppet Movie and MasterChef: The Professionals to name only a few.

Thanks to the efforts of Edgar and his colleague Zoë—the two-person team comprising Trinity House Events Limited—the income from letting the house was around £660,000 in 2018-19, a vital contribution to the Trinity House Corporate Charity, the original and principal charity at the heart of the Corporation of Trinity House.

Secretary to the Corporation Commander Graham Hockley remarked that “The house would not be the success it is today without Edgar, which in turn translates into the good fortunes of the Corporate Charity. Trinity House has seen a stunning series of events in my time here, and a lot of happy impressed customers. I wish Edgar and his family a long and happy future.”

Looking to the future, new Head of Events Zoë Turner is excited to put her own mark on venue hire at Trinity House, having previously been Deputy Events Manager for the last 12 years. Natasha Jackson has joined the team as the new Senior Events Manager.

Commenting on her new role, Zoë said “I am delighted to take up the mantle from Edgar and carry on in that fine tradition. Natasha and I have a lot of great events booked up already and we look forward to welcoming not only our repeat customers but also new people and organisations, and helping them make their event their own at Trinity House.”

Unlike the subsidiary Trinity House Maritime Charity—which puts its income derived from property income towards the provision of almshouse accommodation for needy mariners and their dependants and the education and training in navigation and seamanship of Merchant Navy cadets—the Corporate Charity derives its income from venue hire run by Trinity House Events Limited, a wholly owned subsidiary company of the Corporate Charity.

The Corporate Charity is responsible for the licensing of Deep Sea Pilots, the provision of expertise on maritime matters and the appointment of Nautical Assessors to assist the Admiralty Court. Under Trinity House’s Royal Charters, it is also responsible for the upkeep of Trinity House and the maintenance and good governance of the Trinity House fraternity which now numbers more than 400 Elder and Younger Brethren, a vital pool of expertise selected from across the nation’s maritime sector. 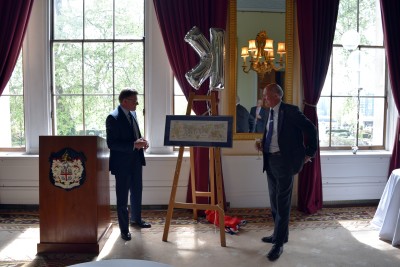 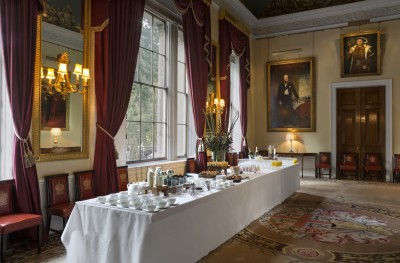 A stunning venue for your special day