HRH The Princess Royal, Master of the Corporation of Trinity House, opened the new Portland Bill Lighthouse and Visitor Centre as part of a private ceremony on 12 May 2015.

The visitor centre—operated by Trinity House and open to the public since 29 March 2015—was refurbished with a grant from the Trinity House Maritime Charity, in order to highlight to the public the importance of the sea to island Britain today and the fascinating history of its aids to navigation.

The Princess Royal arrived at the visitor centre—which occupies the ground floor of the former lighthouse keepers’ cottages next to the lighthouse—and met with staff and guests of the Corporation, including Deputy Master, Captain Ian McNaught, before being shown the displays, artefacts and interactives comprising the new tourist attraction. The royal visit was completed by ascending the lighthouse tower to the lantern at the top; as a keen visitor of lighthouses around the UK, this occasion was notable for being The Princess Royal’s first visit to Portland Bill Lighthouse. 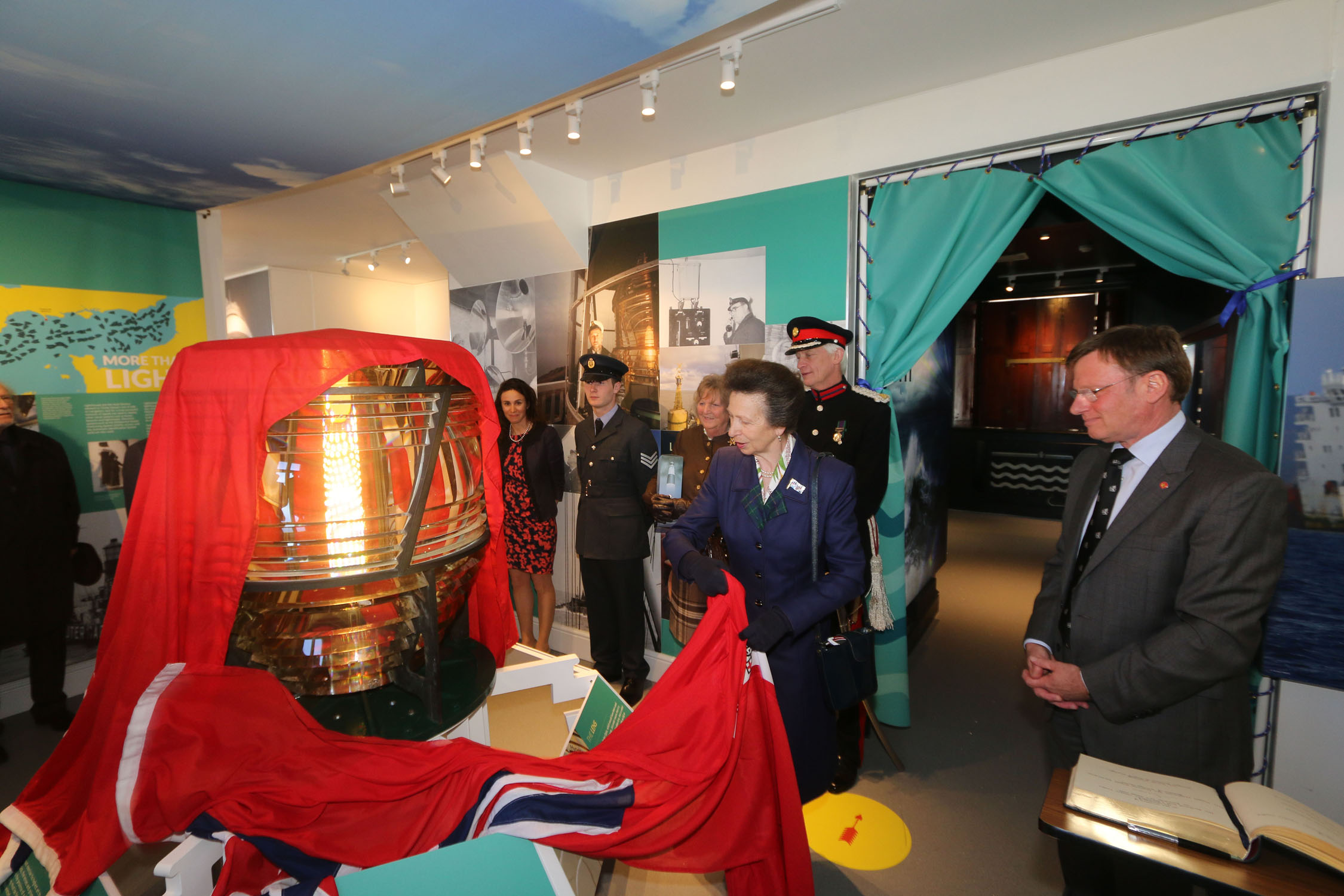 After unveiling the illuminated optic that sits at the centre of the new visitor centre, the Princess remarked in her speech that she thought that the new attraction did an excellent job of recording the changes in Trinity House’s work over the passage of time, and conveyed the importance of this work to British maritime infrastructure; its relevance, she noted, was apparent to anyone who looked outside and saw the thrash of the Portland race. The Princess then thanked the sponsors of the centre’s redevelopment, acknowledging that it was a unique place and part of a great history.