The team at St Just forward operating base at Land’s End Airport in Cornwall looks after the lighthouses in the South Coast District. We have had an operating base at the site since 1993 for helicopter operations and expanded the office buildings in 2004 when Penzance depot was closed.

We currently have a team of 13, comprising a Technical Manager, three Senior Technicians, five Lighthouse Technicians, a Civil Technician, two Lighthouse Support Team Members and me: the South Coast Field Operations Administrator. We maintain 20 lighthouses in the South West from Lundy Island off the North Devon coast around to Berry Head in South Devon, including those in the Channel Islands; seven of these lighthouses are offshore, requiring a helicopter for access.

What does a Field Operations Administrator do?

I have been working for Trinity House since April 2005 when I was taken on as a Technical Officer. My job title changed to Field Operations Administrator soon after and I carry out a varied range of duties from day to day admin tasks to being responsible for tools and equipment stored in our shed and also carrying out helicopter work when the need arises. The majority of my work consists of supporting the Technical Manager and Senior Technicians, but I can get involved in all sorts of issues around the depot.

Due to the change in the helicopter contract I now carry out ground crew work more often, as for the majority of the time the technicians and team members are flying offshore. I have also recently been involved in the removal of hazardous waste from Casquets and Alderney, two Channel Islands lighthouses. This involved a lot of work from assisting with the legal side of removing the waste, to packing it up ready to be sent to the ship and also liaising with a number of different companies to organise the disposal of the waste in the Netherlands, the UK and Guernsey.

My day is certainly not the same from one to the next, especially when the helicopter is involved. The change in contract, and therefore seeing the helicopter less, means that when we do see it we often need to get the men on to the lighthouses for maintenance in just one day. This can be tricky, especially in the winter when we are short of light. This can be worse when stormy weather plays its part in wreaking havoc on a lighthouse, particularly when helipad sections are washed off by the sea and repairs need to take place to enable work to commence on the lighthouse once again. This was particularly bad in the winter of 2014 when we saw a large number of storms hit the area.

What are your standout moments?

I sometimes get to work in unusual locations too. Last year I went to Alderney and Casquets to oversee the removal of the hazardous waste. I also carry out ground crew duties at remote sites at Hartland Point in North Devon and Penlee Point near Plymouth. I think one of my favourite tasks last year was a trip to Ikea in Bristol to buy all the furniture and fittings for Sark Lighthouse cottage amenity dwelling!

All in all I love my job and enjoy working with the team and as part of Trinity House. It can be a challenge being the only female in the team, but generally it’s fine and I know I can always call Rachel in Swansea or Jess in Harwich, my fellow Field Ops Administrators, to vent any frustrations I may have! 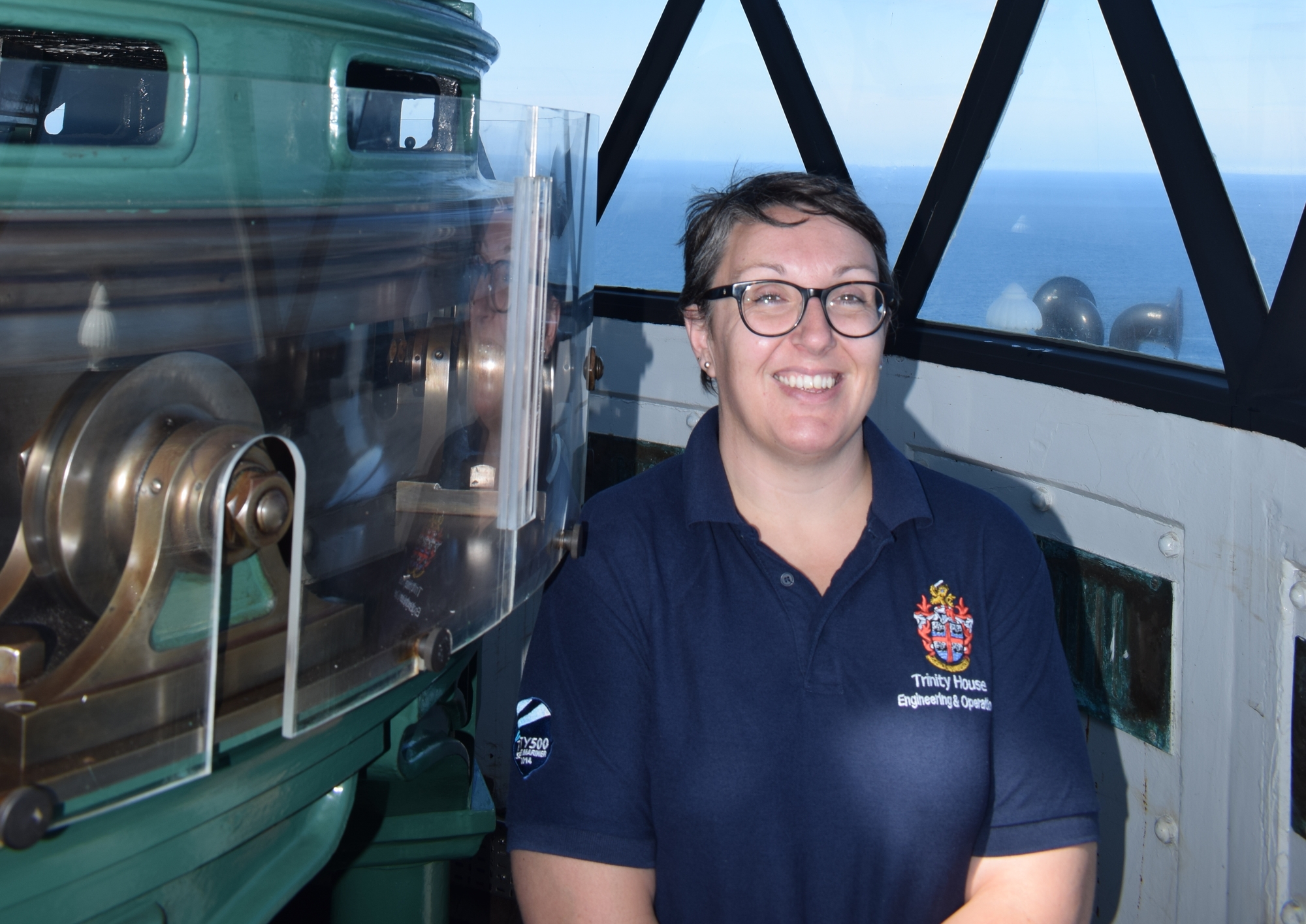